REORDERED is a puzzle game inspired by the concept of out-of-order delivery in computer networking where the player must reorder the letters of a message sent from an antenna to another to form another word.

To play the web version, just click on the embedded game above.

!! To play on mobile, you'll need to use the latest HTML template, available on the BBS post !!

Otherwise, just download the binary executable for your PC platform, and run it.

Mouse click on Togglable element (green, small eye icon in the center) to toggle it

To reorder letters, the player must mess up the travel time of some letters by interacting with the environment.

A given word is decomposed in letters that are sent at regular intervals from an emitting antenna. A letter travels in straight line until it reaches an element that affects its trajectory. The player can enable and disable those elements in order to guide the letters into a certain direction.

Letters eventually arrive on a receiving antenna to compound a word again. Some trajectories being longer than others, letters are effectively reordered by the timely toggling of interactive elements, causing a new word to be created.

The game consists of 4 levels defined by:

Arrow: changes the direction of a traveling letter. Has a togglable variant.

Mirror: reflects direction of a traveling letter. Has a togglable variant.

Emitter: shaped as an antenna, it sends the original word, letter by letter

Receiver: shaped as a circle (parabola seen from above), it receives the final word, letter by letter.

I made this game for the Global Game Jam 2018 on theme Transmission. As all the jam sites around me were already full, I took part in the event unofficially and the game is not registered on the GGJ website. I also wanted to start making games with PICO-8 (which uses Lua) so I thought it was a good opportunity to try the fantasy console.

Since the game is very short, I would not recommend watching the walkthrough before playing. I've still made a video for promotional purpose, and also in case:

This is a great one.
I managed to finish it without reading the instructions, thats a good thing, right? Lake and mug were really hard ones! I really like your idea, but I gotta say, the difficulty curve will be hard to define with this one, as with many other puzzles.

I'd love to join you as a tester if you are interested in making more of these levels.

Thanks for the feedback! I'm glad you liked it.

LAKE was meant to be hard, although I found an exploit just before submitting to solve it in a few clicks (check the video I've just added at the bottom).

I'm not currently developing this game, so it's pretty much a frozen jam entry at this point. However, I have yet to submit it to the Lexaloffle PICO-8 forum, which is a very good to get visibility, feedback, and make it easy to download from PICO-8.

I consider submitting to the forum at some point in the future, in which case I'll probably add a few levels, a main menu (with logo title) and keyboard control. I'll be sure to contact you for playtesting then! 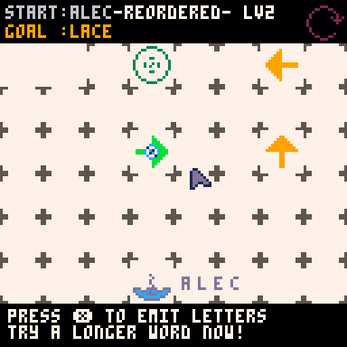 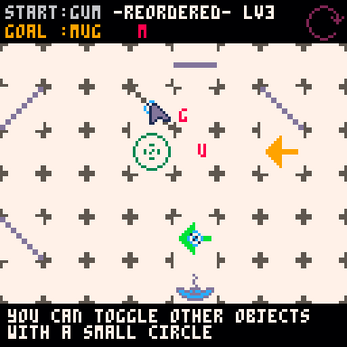 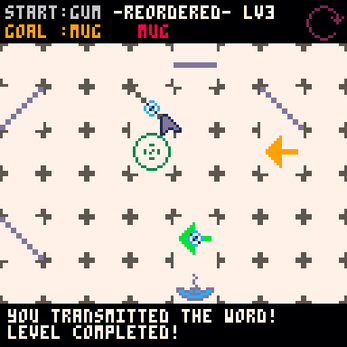 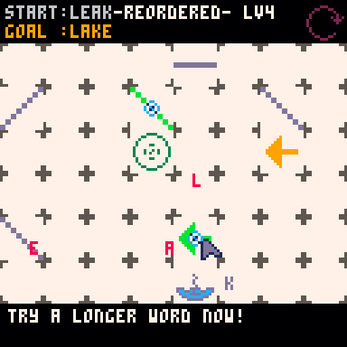