This game was made as part of the Global Game Jam 2015 at chika-ba, Japan (see entry), and is only available in Japanese. If you cannot read it, you can still follow the instructions below to play.

This trailer also shows how this should be played, so we recommend watching it first.

P.P. Dash is a rhythm game for 2 players controlling 2 kids playing Ring and run at the Knock Hotel. During a round, player A sets a rhythm by knocking on certain doors in a row, then player B must repeat the pattern by opening the same doors, a la Simon Says.

If player B opens all the doors knocked by player A, the game continue to the next round. Otherwise (if player B missed a knocked door), the game ends. Note that player B may open doors that were not knocked without losing.

It is possible to see the game either as cooperative or competitive:

Either play in the embedded HTML game above, or download the web-dl version below and open index.html in a browser (with Javascript active).

Note: there is a blank space on the first screen in the embedded HTML above due to itch.io preventing embedded videos to appear in HTML games. The missing video is the same as the one at the top of this description.

Click on the left button (ノック or あける) to knock (1st phase with the boy) or open (2nd phase with the girl) a door. If the button is focused, you can also just press Space or Enter.

The jam's theme was "What do we do now?", however this was only loosely followed and instead, all the games made in this location had the following constraint: make the game playable by people with impaired vision. The game meets this criterion by providing audio feedback from player 1's pattern to player 2 reproducing it. It also features very simple HTML to navigate in.

Unfortunately, a small audio desynchronization bug makes it difficult to reproduce the player 1's exact rhythm after a certain number of rounds, but the game remains playable overall.

... and everyone contributed a bit to game design! 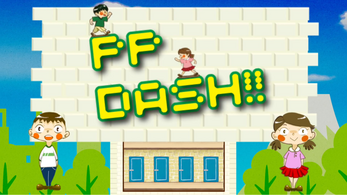